Continuous data can take any value within a given range. The range may be finite or infinite. For example, A girl’s weight or height, the length of the road. The weight of a girl can be any value from 54 kgs, or 54.5 kgs, or 54.5436kgs.

A Bernoulli distribution has only two possible outcomes, namely 1 (success) and 0 (failure), and a single trial. 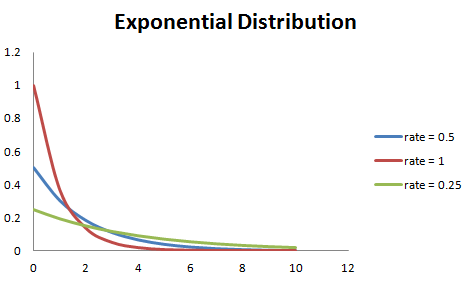 Bayesian probability is an interpretation of the concept of probability, in which, instead of frequency or propensity of some phenomenon, probability is interpreted as reasonable expectation representing a state of knowledge or as quantification of a personal belief.

an extension of propositional logic that enables reasoning with hypotheses

Quantum Bayesianism (abbreviated QBism, pronounced "cubism") is an interpretation of quantum mechanics that takes an agent's actions and experiences.

This interpretation is distinguished by its use of a subjective Bayesian account of probabilities to understand the quantum mechanical Born rule as a normative addition to good decision-making.

The Born rule (also called the Born law, Born's rule, or Born's law), formulated by German physicist Max Born in 1926, is a physical law[citation needed] of quantum mechanics giving the probability that a measurement on a quantum system will yield a given result. In its simplest form it states that the probability density of finding the particle at a given point is proportional to the square of the magnitude of the particle's wavefunction at that point. The Born rule is one of the key principles of quantum mechanics.

Where the pi​ are the momenta of the system and the qi​ are the corresponding coordinates. The quantum numbers ni​ are integers and the integral is taken over one period of the motion at constant energy (as described by the Hamiltonian). The integral is an area in phase space, which is a quantity called the action and is quantized in units of Planck's (unreduced) constant. For this reason, Planck's constant was often called the quantum of action.

events that led to quantum theory:

The mathematics of probability can be developed on an entirely axiomatic basis that is independent of any interpretation:

probability of an event is a non-negative real number:

where F is the event space. It follows that P(E) is always finite, in contrast with more general measure theory. Theories which assign negative probability relax the first axiom.

assumption of unit measure: that the probability that at least one of the elementary events in the entire sample space will occur is 1

The probability of the empty set.

In some cases, ∅ is not the only event with probability 0.

It immediately follows from the monotonicity property that

The probability of neither heads nor tails, is 0.

The probability of either heads or tails, is 1.